Over the last decade I’ve worked with hundreds of GenX women who feel like outsiders in their own church.

They regularly tell me how passionate they are about serving their local church but sadly, they can’t seem to break into the leadership ranks. Many believe that if they work harder, pray more, or just “be better Christians”, they could earn their way into leadership roles. Which was puzzling to me, because most of these women are already wise, discerning, and highly capable of becoming Spirit led leaders.

I heard the same struggle described so many times, I decided to create the GenX Christian Women’s Leadership Research Project and formally get to the bottom of the issue.

In early 2017, I gathered quantitative and qualitative data about the attitudes towards Gen X women in the church, with a specific focus on leadership development and opportunities. In just a few weeks, over 100 women responded and provided powerful insight into their access to female leaders, leadership development, and opportunities to step into leadership roles both within the church and in their secular community.

What I discovered is troubling. As Christian women, we face an enormous bias in the majority of US churches.

What We Learned From The Research 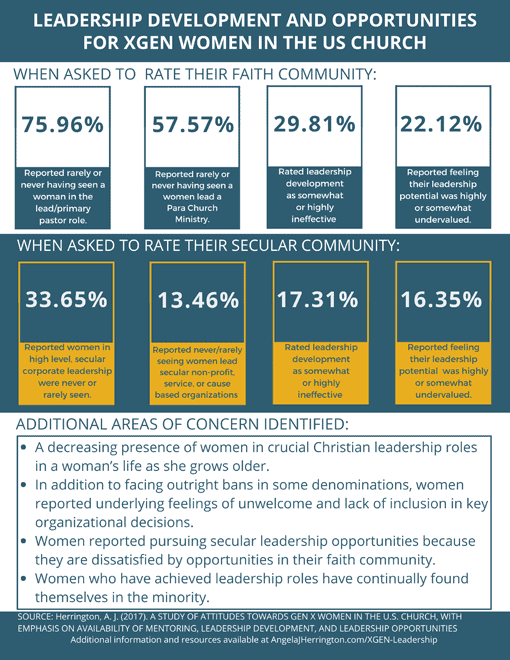 Where We Go From Here (short/mid/long term goals of this project):

Interested in sharing this research in your publication, podcast, news outlet, or at your event? I’d love to hear more! 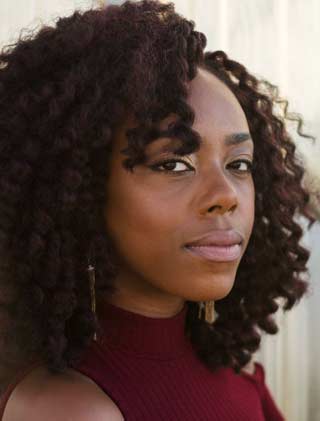 What Needs to Change:

God calls women to lead, preach, and teach and this project has presented historical, biblical, and sociological evidence to support a woman’s right, and even heavenly mandate, to lead. The church must move past the debate over whether or not women should be serving and begin calling out the unbiblical bias against women that allows the “should they be included” question to dominate the conversation. The lack of women in key leadership roles in the church cannot be corrected by simply acknowledging more women are needed. This research has shown a deeply embedded systemic bias has prevented gifted women from leading. It will require initiatives that insist on nothing less than deep systemic changes to overcome that bias.

A voice has been missing from our churches, and the women who responded to Phase I of this research project provided a small peek into the pain that exists within the voices that have been shut out.

Some of the brightest Christian minds in the country have felt undervalued and under nurtured by the organization charged with spiritual, emotional, and personal growth. Programs developed or adapted to include solutions to these findings could have a significant impact on reducing the number of Christian women leaving the church.

These changes will not only better serve Gen X women, but also the local and global church would benefit from having a more diverse roster of Leaders.

Interested in sharing this research in your publication, podcast, news outlet, or at your event? I’d love to hear more!